The oil industry may be ready to open its wallet after two years of slashing investments.

Companies will spend 2.5 percent more on capital expenditure next year than they did this year, the first yearly growth in such spending since 2014, BMI Research said in a Sept. 22 report. Spending will increase by another 7 percent to 14 percent in 2018. It will remain well below the $724 billion spent in 2014, before the worst oil crash in a generation caused firms to cut back on drilling and exploration to conserve cash, the researcher said. 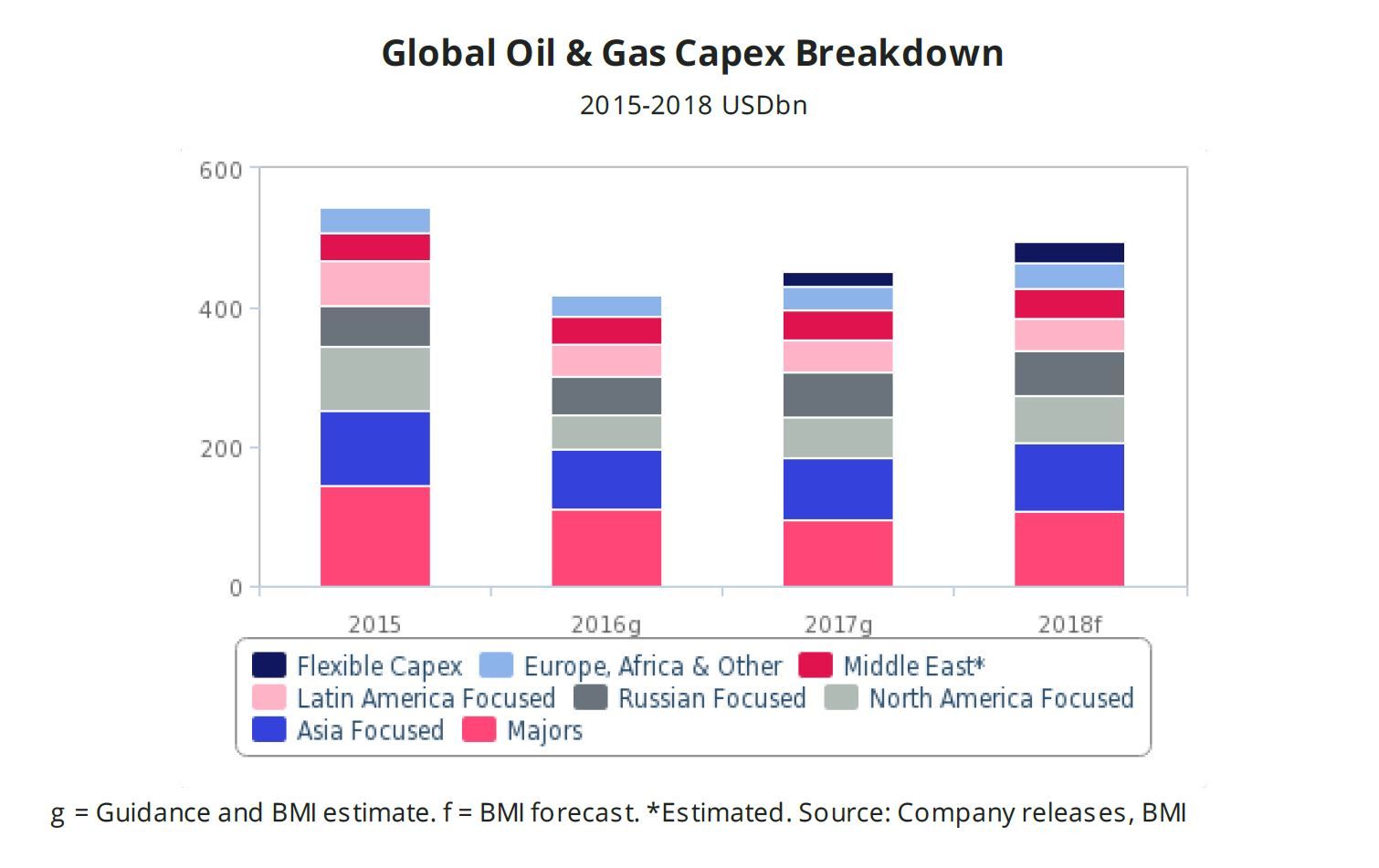 North American independent producers, Asian state-run oil companies and Russian firms are prepared to boost investments next year, outweighing continued cuts from global oil majors such as Exxon Mobil Corp. and Total SA, BMI said, based on company guidance and its own estimates. Spending will increase to a total of $455 billion next year from $444 billion this year, BMI said.

“North America is where we’re really expecting things to turn around,” Christopher Haines, BMI’s head of oil and gas research, said by telephone. “We’ve seen a push to really reduce costs, reduce spending and take out any waste and inefficiency. These companies have gotten to the point where they’re all set up to react.”

BMI’s outlook is more optimistic than groups like the International Energy Agency, which said last week that the industry might cut spending in 2017 for a third year in a row as companies continue to grapple with weaker finances. Oil prices still hover around $50 a barrel, less than half the level of the summer of 2014.