CGG announced today the successful large-scale deployment of Sercel’s new-generation  land seismic acquisition system on a high-productivity super crew conducting a seismic survey in Saudi Arabia. The system is currently deployed on a crew operated by ARGAS, CGG’s joint venture with TAQA, and achieved the milestone of one million VPs (Vibrated Points) in January 2016. Since its launch in 2013, the 508XT has been successfully field-proven in the toughest conditions in various environments, such as Arctic, farmland and desert areas. 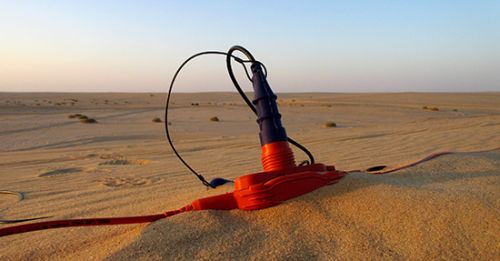 Its deployment on this high-channel-count survey enables the Sercel 508XT system to demonstrate the full benefits of its game-changing cross-technology (X-Tech™) architecture, which combines the best of cabled and wireless system characteristics to optimize crew productivity and reduce operational downtime.

Pascal Rouiller, Sercel CEO, said: “This new performance milestone underlines Sercel’s success at designing the most advanced equipment solutions to meet the needs of high-productivity seismic acquisition programs. We believe that our 508XT’s unique X-Tech recording capabilities represent a breakthrough for all our customers, whether they wish to maximize crew productivity or increase their operating flexibility.”

Saad S. Al-Akeel, ARGAS CEO, said: “In addition to the direct benefits of its X-Tech architecture, the 508XT’s low power consumption combined with a requirement for less field units and batteries brings a significant weight saving, directly impacting our crew productivity and minimizing our HSE exposure. In addition, the 508XT equipment is easy to manage and its reliability so far has been excellent.”

CGG (www.cgg.com) is a fully integrated Geoscience company providing leading geological, geophysical and reservoir capabilities to its broad base of customers primarily from the global oil and gas industry. Through its three complementary business Segments of Equipment, Acquisition and Geology, Geophysics & Reservoir (GGR), CGG brings value across all aspects of natural resource exploration and exploitation.

CGG employs over 7,000 people around the world, all with a Passion for Geoscience and working together to deliver the best solutions to its customers.

CGG is listed on the Euronext Paris SA (ISIN: 0000120164) and the New York Stock Exchange (in the form of American Depositary Shares. NYSE: CGG).